Have you heard of people owning wolves or wolfdogs as pets? Maybe you’ve even considered getting one yourself. Owning a wolf may sound like an adventure, but do wolves really make good pets? Before you run off in search of a wolf pup, it’s very important to know ahead of time what you’re getting yourself into.

Is a wolf the right kind of pet for you? Take a look at some facts before you decide.

Dogs and humans have lived harmoniously for thousands of years. We have selectively bred the kinds of dogs that make good companions. Wolves, on the other hand, have not been living with humans over that timespan. In fact, most of them have spent that time on their own in the wild, living every day with survival as their main concern. The intrinsic nature of a wolf differs vastly from that of a dog.

At puppy age, dogs and wolves behave very similarly. It’s when they approach sexual maturity that their behaviors begin to differentiate. Around this time, wolves become more pack oriented, territorial, and predatory. If you have a wolf in your home when this happens, it could destroy your home and terrorize any other animals in the house.

A wolf’s natural behaviors can frighten anyone who isn’t expecting or used to them. One behavior that often frightens people is how a wolf greets another wolf or a person. The natural way for them to say “hello” is to gently bite another’s face. A huge animal getting in the face of anyone can be terrifying, especially when teeth are involved. Imagine this happening for the first time to a young child; how would you, as a parent or friend, react?

Wolves are beautiful creatures. Many people think a wolfdog is a domesticated dog in a wolf’s body. They want to bring some of that majestic and untamed spirit home with them. It’s appealing, but is it wise and realistic? The truth is that wolves and wolfdogs are often mismanaged and misunderstood. While dogs aim to please their owners, wolves don’t typically desire to do so. It’s not in their nature, which can make them very difficult to train.

Wolves owned by unprepared owners often end up being given away or banished to the back yard to live life on a chain. Wolves that are given away may end up in shelters but are considered dangerous so are often denied. They may instead end up being euthanized or, if they’re lucky, be placed in an overrun wolf sanctuary. Don’t subject a wolf to this life; it’s not responsible or humane. It would be much better for that wolf to have lived its life free in the wild or in the hands of an owner prepared to live with it for life. Some owners decide to release their wolf into the wild after a while. When this happens, the wolf often does one of two things: starves or makes its way back to civilization (what it’s used to) and ends up getting into trouble when approaching a human.

Don’t consider adopting a wolf or wolfdog unless you are highly educated and trained on how to handle these animals. Getting a wolf without the experience and know-how required to raise it right and treat it properly could result in a tragedy for you, someone else, or for your pet.

Legal Issues with Owning a Wolf

Owning a wolf is illegal in many states, and in some of the states where it is legal, one must acquire a permit or registration to own one. This makes owning a wolf or a dog that is part wolf difficult for many people. Because of this, some register their wolfdogs as dogs, making it very hard to know the actual genetic makeup of some of these animals.

This article may seem like a one-sided argument trying to persuade you to never own a wolf. That’s not the case. Adopting a wolf is an enormous responsibility. If you are experienced with wolves or do a lot of research before adopting and know exactly what to expect and the type of lifestyle you need to have to take care of one, then a wolf may be a great animal for you. There are many wolf advocates out there and many owners who love living alongside their wolves. If you are strongly considering owning a wolf, meet as many wolves, wolfdogs, and owners as you can before getting your own.

Teach Your Dog to STOP PULLING!

Do you get stressed out just thinking about taking your dog for a walk? Walks don’t have to be miserable! You can teach an old dog new tricks. Learn how to teach your dog to behave and mind you while he’s outside. Download our free dog walking guide to train your dog to be attentive to you instead of exploring every little distraction that comes up on your walks. 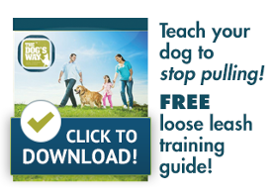