Do dogs experience the same emotions as humans?

Do dogs experience the same emotions as humans?

Anyone who owns a dog or has owned a dog in the past most likely knows that dogs have feelings and emotions, and lots of them! In the past, researchers and scientists have argued that dogs really only react to certain situations; they don’t actually have emotions like humans do. Descartes and Malebranche, well known 17th-century French philosophers, believed dogs were simply machines. They believed dogs could act and react, but they can’t feel pain, pleasure, fear, jealousy, or desire. Is this true?

You’re probably thinking, “NO WAY!” And you’re right. Their theories were later disproven. Science has come a long way as we’ve learned more and more about the brain and the way it functions in both animals and humans. However, dogs may not experience the kinds of emotions or as many emotions as you think they do.

So, how do the emotions of a dog compare to those of a human?

Research has shown that both humans and dogs have areas in the brain called “voice regions.” These regions pick up on different tones in the voice as different emotions are expressed. According to Attila Andics of MTA-ELTE Comparative Ethology Research Group in Hungary, “Dogs and humans share a similar social environment. Our findings suggest that they also use similar brain mechanisms to process social information. This may support the successfulness of vocal communication between the two species.”

Andics and a group of his colleagues learned this information by running a neuroimaging experiment on 11 different dogs. They ran the same test on several human participants, playing around 200 different sounds and measuring brain wave activities.

The results were surprisingly similar. They discovered that voice regions are located in very similar areas of the brain in humans and dogs. Also, in emotionally loaded sounds, brain responses were very similar. This explains how dogs are so good at expressing feelings a lot like ours under different circumstances.

How do dog and human emotions compare?

The emotional capacity of a baby is very different from that of an adult. As we grow and learn, our brains develop as we have more life experiences; over time, our emotions differentiate, and we develop more and more of them. Here’s a breakdown of the emotions humans typically gain at different stages of life.

The exact times an individual child begins to feel each emotions varies from person to person; these are simply average times in a child’s life that she begins to experience them.

Where do dogs fall into this emotional repertoire? As far as we know, a dog will develop as many emotions as a child between the ages of 2 and 2½, and his emotional capacity will be fully developed by the time he is 4-6 months old. This means your dog will be able to feel excitement, distress, contentment, disgust, fear, anger, joy, suspicion, shyness, and love and affection, but it stops there. According to the latest research, dogs don’t have the ability to feel pride, shame, guilt, or contempt.

You may be thinking you’ve seen your dog act extremely guilty after he knew he did something naughty. But this is actually a display of fear rather than a feeling of guilt or shame according to Dr. Stanley Coren. We’ll surely learn more in the upcoming years as researchers and scientists discover more about the brain. There are still a lot of unanswered questions about both humans and dogs, and many great minds are leaving the possibility open that dogs do, in fact, experience more complex emotions. More answers will be revealed in time.

If you’re looking for a low-cost, effective dog training program that you can work through from the comfort of your own home, check out The Dog’s Way online dog video training course! We now offer two different options; order an online version of the course that can be accessed on any device, or order the DVD set, and we’ll send them to you through the mail. Click below to get started! 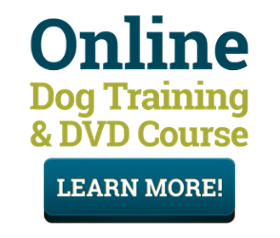